Each year, the SHP Scholarship Committee awards scholarships to qualified applicants who demonstrate academic and professional achievement in their program and fields.

Scholarships are available for both newly entering matriculated students as well as continuing matriculated students. To be eligible for these scholarship, students must have demonstrated high ethical standards in their course work and have shown consistent dedication to the subject matter.   Students who have breeched the Honor Code, Academic Integrity, or displayed any other “Acts of Misconduct” will not be considered for scholarships.

Most Scholarships are based on financial need and it is highly recommended that applicants complete the Free Application for Federal Student Aid (FAFSA).

When applying for SHP scholarships, be sure to read the application directions carefully and follow all directions. Incomplete and late applications will be disqualified.  Awarded students will be notified by the first week of September and will have funds applied directly to their student account.

If you have any questions, please email Student Affairs @ osa@shp.rutgers.edu

Students who applied using the SHP General Scholarship Application will be notified(awarded or not chosen for an award) by the end of the first week of September. If selected, awards will be posted to students financial account.

Please see below the listing of scholarships for the 2019/2020 academic year.  By completing the SHP Online General Scholarship Application, applicants are considered for each of the scholarships which they are deemed eligible for. Some scholarships may require an additional personal statement (i.e. SHP Alumni Association Military/Veteran Appreciation scholarship and the PA Judith Yannariello scholarship).

Each year, The Apartment Guide Scholarship will award two $2,500 scholarships for the Fall Semester. Information and applications are available atapartmentguide.com/students/scholarship. Check back in January to apply for the Fall 2020 Scholarship!

As housing, books, fees and study abroad costs can be major expenditures for students and their families, Apartment Guide is allowing the scholarship winners to use the funds for non-tuition costs if they so choose. All funds must go towards an education-related expense.

Each year, a scholarship is dedicated to the advancement of mental health, either through research, raising awareness, community building, or combating stigma. The program will award four students with a $5,000 scholarship each. Healthline  and NAMI dedicates its annual scholarship funds to four outstanding students (2 Graduate and 2 undergraduate) working to change the face — and future — of mental health.

AfterCollege scholarships are awarded to students who demonstrate professionalism and a passion for their future careers. This means that we evaluate applicants’ profiles with the eye of a hiring manager. Click here to find out more!

The Rutgers SHP Physician Assistant Program is committed to facilitating service learning experiences for students that will nurture sensitivity to a broad range of cultures and backgrounds, promote empathy, instill social responsibility and expand and strengthen the individual’s sense of self. Another important consideration in service learning experiences is the lasting impact of the work undertaken by the experience participants on the local community.

In support of this, the program will annually award one $1,000 scholarship to a currently enrolled PA student to help offset expenses for a local, domestic or international service experience.

Applications will be blinded and reviewed by a panel (minimum of 3 people, comprised of at least two non-student members and one current student member of the PA Program Service Learning Committee) that will weigh the merits of the following components equally.

Please submit ONE document with the four (4) items listed below. EACH item should be numbered and on a NEW Page but in one editable WORD document.

The experience must be completed within 12 months of award notification and occur while the individual is still an enrolled student. Should the student’s experience need to be cancelled after the scholarship award, all monies must be returned to the PA Program.

After completing the experience, award recipients will be required to submit a written reflection on their experience and to prepare and present a 30-minute overview about the experience to fellow students during annual National PA week activities in October.

Applicants must be in good standing and have a minimum of a 2.5 grade point average to apply.

Application must be submitted online by: February 25, 2020

If you are interested in applying for this award, please complete and submit the application online.

For any questions, email osa@shp.rutgers.edu. 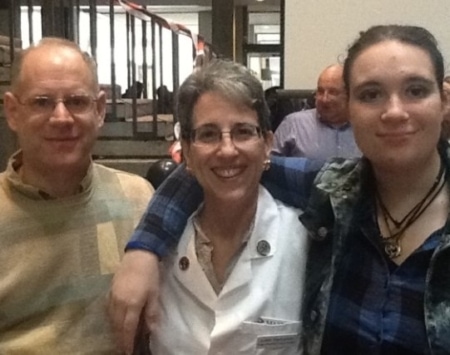 After many years as a biomedical researcher, at age 53 Judith Yannariello entered the PA Program in 2011 as a member of the class of 2014. A week into her second year in August, 2012, a visit to her PCP led to hospitalization and an eventual diagnosis of pancreatic cancer. Judith had surgery in October followed by chemotherapy and radiation. She finished treatment the following May and returned to the PA program in August, 2013, joining the class of 2015.
GI symptoms reappeared in mid-fall and intensified as the semester went on. But with the support of the faculty and her great work ethic, Judith completed the didactic portion of the program and passed her comps in February, 2014. Her Pinning Ceremony was one of the proudest days of her life, which she celebrated with her husband, Jack Zamboni, and daughter, Coral Brown. Her radiant smile is remembered by everyone who knew her.

She started her first clinical rotation, but her symptoms increased and she was unable to complete the rotation. Recurrence of the cancer was confirmed in April, 2014 and she had to withdraw from the PA program. She enjoyed some quality time with her family that summer, but weakened in the fall and died on October 27, 2014. Though she was unable to complete the PA degree, she was conferred a Certificate of Completion of the didactic portion of the program on the day of her passing.

Judith left a lasting mark on her 2014 and 2015 classmates as well as the PA faculty. To her younger colleagues, she was their “class mom” who offered support and wisdom in dealing with the challenges of both the PA Program and daily life. Her perseverance in the face of adversity was an inspiration to all.
The Judith Yannariello, Ph.D Endowed Scholarship has been established by her family in memory of Judith. It is funded by contributions from her family, many friends, PA Program faculty and Judith’s classmates. Its purpose is to honor her courage, hard work and, above all, her generosity of spirit, and to continue her legacy in the PA Program by supporting students who reflect her character.

In order to be eligible for this scholarship, the student must:

The applicant should complete and submit the online SHP General Scholarship Application (indicating interest in the Judith Yannariello scholarship), complete the FAFSA with Financial Aid, submit an essay highlighting how he or she meets the above criteria.

Students who applied using the SHP General Scholarship Application will be notified (awarded or not chosen for an award) by the end of the first week of September. If selected, awards will be posted to students financial account. 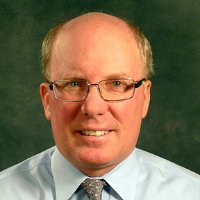 Dr. Joseph A. Schwenkler was a family physician for nearly 40 years and Medical Director for the Rutgers University Physician Assistant Program for 10 years until his passing in 2015. Dr. Schwenkler made an unprecedented impact on the integration of PAs into the medical community of New Jersey. He piloted one of the first family practice settings to utilize PAs and continued to advocate for the profession on a State and National platform through the New Jersey Society for Physician Assistants (NJSSPA) and the Physician Assistant Education Association (PAEA).

“Dr. Joe,” as he was endearingly referred to, also had a passion for technology and its impact on the advancement of medical care. Not only was he a founding partner of two successful local practices in Hunterdon County, he pioneered utilization of Electronic Medical Records, writing code for early versions of their system. Clearly a physician ahead of his time, he saw the transformational impact of electronic health records in reforming quality of care, patient safety, productivity and improved efficiency.

During his tenure as Medical Director of the PA Program, he became a champion for Interprofessional Education (IPE). In alignment with his support for PAs, Dr. Joe was instrumental in supervising a faculty-run volunteer clinic, allowing members of the community access to care from a team of professionals, including pharmacy and nutrition, through a primary care platform. He advocated for IPE and spearheaded the first school-wide IPE event, involving over 300 students from 10 different disciplines coming together and learning teamwork, roles, communication and ethics.

He completed a BS in Physician Assistant at Rutgers followed by his MD from Rutgers Robert Wood Johnson Medical School and completed a residency at Hunterdon Medical Center.

Dr. Joe was widely beloved by his students as he had been by his former patients, and led the education of hundreds of Physician Assistants now serving communities across the country. He was dedicated to improving the health of the community by advancing the education and training of physician assistants.

The applicant should complete and submit the online SHP General Scholarship Application (indicating interest in the Joseph A. Schwenkler scholarship), complete the FAFSA with Financial Aid, submit an essay highlighting how he or she meets the above criteria.

Students who applied using the SHP General Scholarship Application will be notified (awarded or not chosen for an award) by the end of the first week of September. If selected, awards will be posted to students financial account.

ASAHP Scholarship of Excellence – Check back in January 2020

The Association of Schools of Allied Health Professions in partnership with CastleBranch sponsors a scholarship program for allied health students enrolled in its member schools.

The following criteria must be met to be eligible to receive an ASAHP Scholarship:

Financial need is not a criterion for eligibility.

Applicants will submit their application online and will be required to attach the following:

The School of Health Professions will then select and nominate one candidate for consideration to ASAHP where a select group of members (e.g., ASAHP Past-Presidents or Members of the Board of Directors) who will make a determination of which students will be selected to receive scholarships.

Email SHP Students Affairs with any questions regarding this scholarship @ osa@shp.rutgers.edu