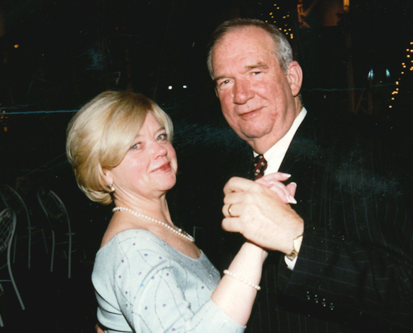 David M. Gibson, beloved Dean of the University of Medicine and Dentistry of New Jersey’s School of Health Related Professions (currently Rutgers School of Health Professions) passed away peacefully on July 26 surrounded by family. Dean Gibson, affectionately know as “Dave” to all SHRP faculty and staff, was a pioneer in health professions education. Dean Gibson was a steadfast believer in interprofessional education and practice in health care.

During his tenure as dean (1990-2008), he fueled growth and visibility of the allied health programs offered at SHRP. Dean Gibson challenged and supported faculty when developing and evolving programs, with a keen eye focused on creating laddering career opportunities. He pushed SHRP’s program directors to be the best in their fields so that their respective programs would reflect in their informed curriculum. Urging them to seek opportunities for professional development, networking with colleagues, and pushing the boundaries of what allied health profession education was at the turn of the century, faculty felt empowered by his willingness to listen from his notoriously open door.

Rita Turkall, Ph.D., professor emeritus, Department of Clinical Laboratory Science remarked, “following its inception, [SHP] experienced a tremendous impact under Dr. Gibson’s skilled leadership.  From a nucleus of hospital-based, certificate programs the School matured and expanded to offer a range of academic degree programs from baccalaureate through doctoral.  New, complimentary partnerships were forged with other state institutions of higher education as well as international collaborations.  Throughout the process care was taken to provide faculty with the opportunity and support needed to grow along with the School.” 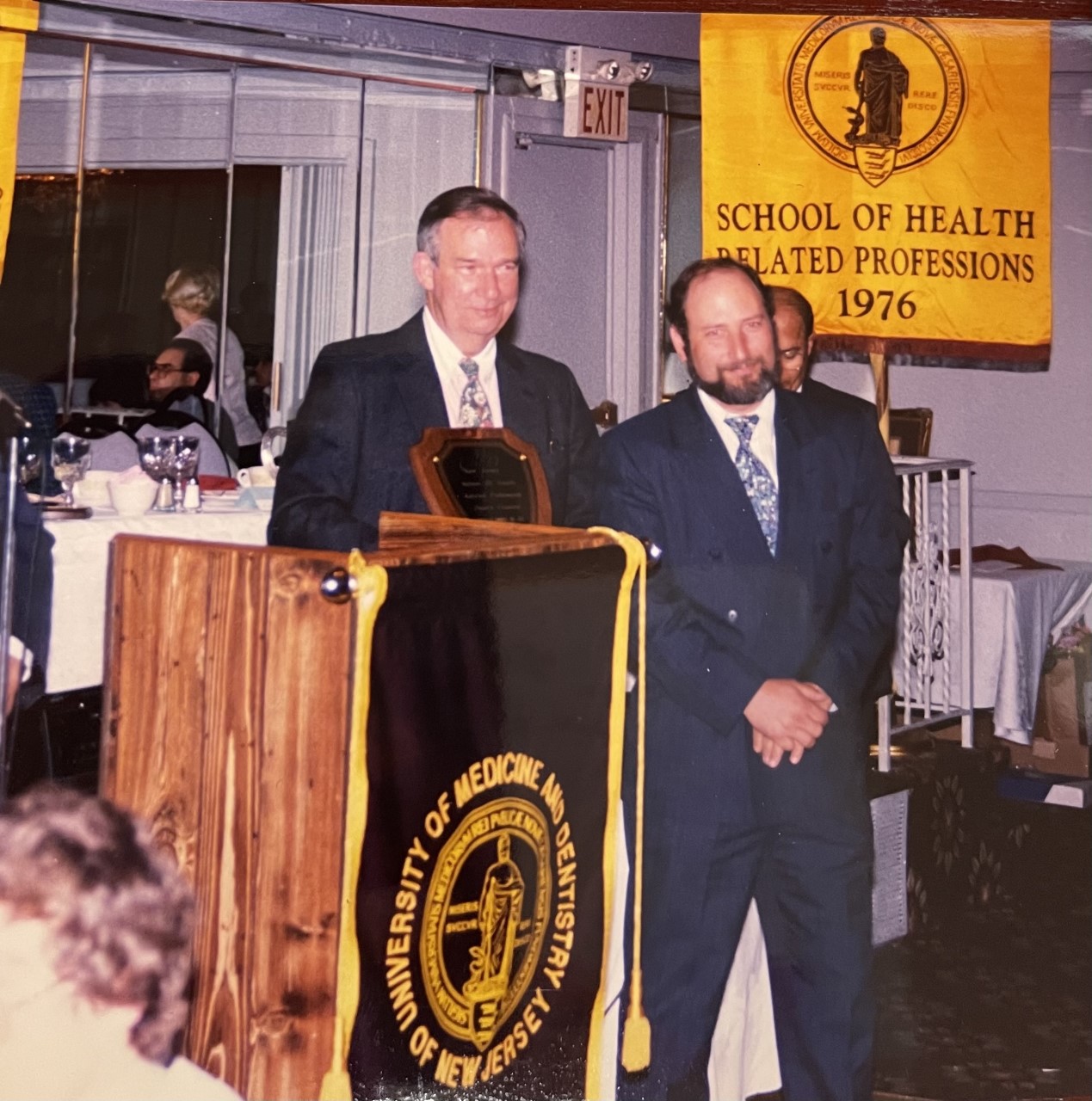 As a testament to his avocation of allied health, Dean Gibson was inducted as a fellow of Association of Schools Advancing Health Professions (ASHAP, formerly known as the Association of Allied Health Professions) in 2000. This honor, reserved for members who have “contributed significantly to allied health as administrators, educators, clinicians, or researchers” was one Dean Gibson was proud of.

Dean Gibson’s involvement in ASAHP led him to serve as president of the association from 2005-2007. In the ASAHP Update (vol.28, no. 15), Thomas W. Elwood, Dr.P.H., editor in chief, Journal of Allied Health and former executive director of ASHAP provided insight into his impact.

“In 2007, President Gibson was on a panel representing ASAHP at the annual conference of the Health Professions Network to discuss the issue of degree creep and its implications on health care workforce development. His tenure as President of the Association was meaningful in several essential ways. He led negotiations in relocating the ASAHP national office to another site in northwest Washington, DC in 2006 that not only more than doubled the available space, but achieved a considerable reduction in costs, while still making it possible to be situated only one block from a Metro subway station to furnish easy access to the chief means of traveling around the city. His exceptional multi-linguistic skills worked to his advantage in 2007 when he developed a formal collaboration with the Consortium of Institutes of Higher Education in Health and Rehabilitation in Europe. He represented ASAHP at that organization’s annual conferences in Setubal, Portugal (2006) and in Sarajevo, Bosnia (2007).

In addition to his tremendous leadership, Dean Gibson took personal pleasure in art, showcasing his creative side in both drawings and paintings, and using his talents to elevate school-wide awards that still hang in offices around the school. His works of art were used for celebration covers, award certificates, and even student pieces. The pillars that lined the annual convocation booklet celebrating recent graduates were from his hand. Elwood noted, “His many avocational interests extended to painting and sculpture. For several years, as other ASAHP presidents completed their terms, he would present them with beautifully framed artwork describing their respective achievements.”

On September 11, 2001, Dean Gibson was the face of calm and reason. One faculty member noted, “Dave ascended the floors of the Bergen Building, walking into each office, nook, and classroom, to ensure that every person within [SHP] got out of the building. I learned so much from him that day; watching him lead calmly in crisis and uncertainty on a day that would change our nation is with me to this day, almost 20 years later.” 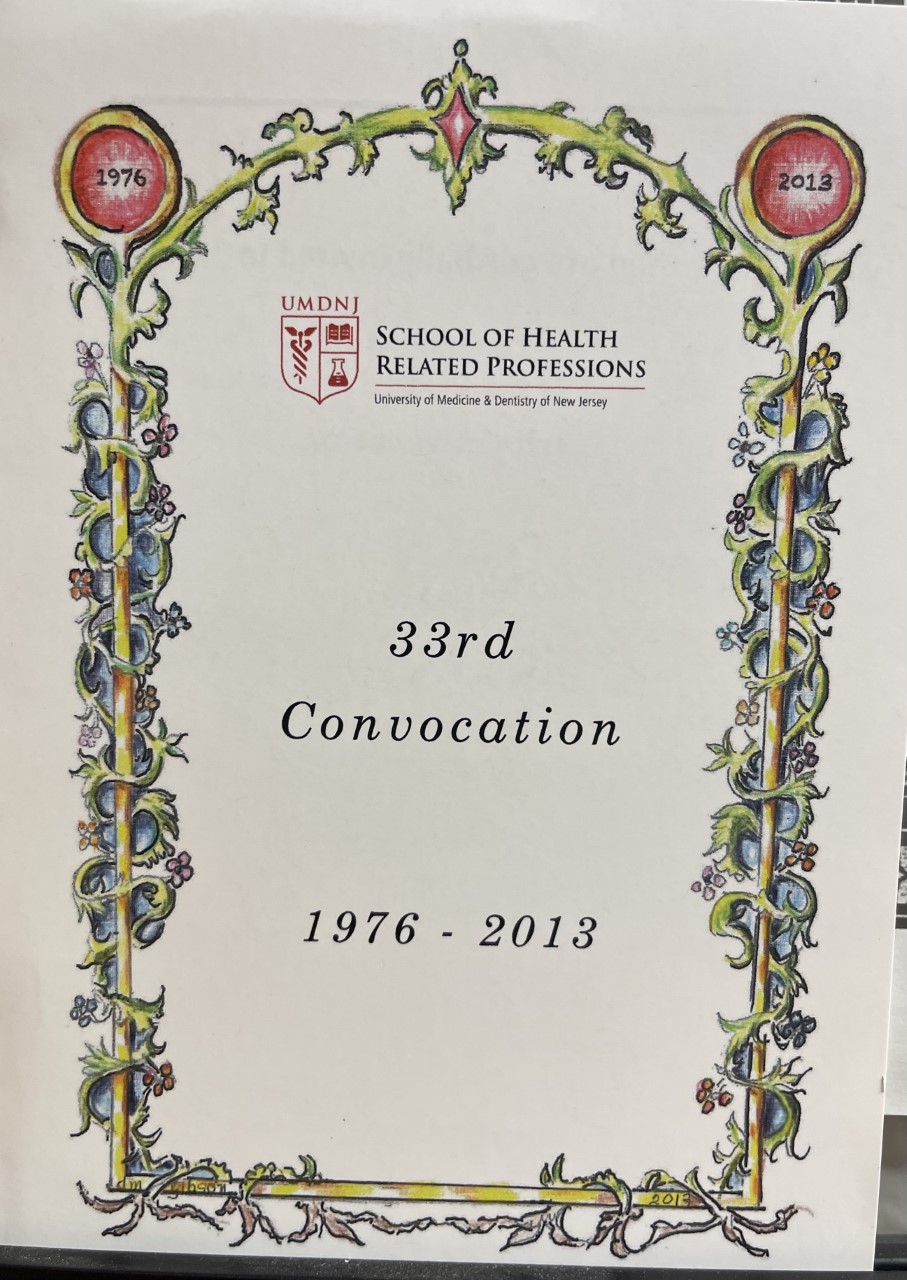 As a caring and compassionate leader, he was always willing to go the extra mile. Cheryl Bellamy, assistant professor said, “[he] had recommended me to attend a leadership conference sponsored by ASAHP. The application deadline was due on a Sunday and I had not received the form back from him with his signature. He went to his office on a Saturday to locate the application and give to me so that it would be submitted on time. That’s the kind of caring person he was.”

“The Doctor of Physical Therapy Program has so many fond memories of Dean Gibson aka Dave”, said Nancy Kirsch, vice chair of the Department of Rehabilitation and Movement Sciences. “He supported our move from the bachelors to the masters and ultimately to the Doctorate. Always seeing the DPT program as staying on the cutting edge. It was not uncommon to find him outside a lab talking with students and faculty, and equally common to find him in a lab, trying out some of the gadgets and ‘toys’ found in PT. Dave made whoever he was with comfortable he was approachable and genuinely interested in student and faculty success.”

To honor the life and legacy of Dean Gibson, we will be hosting a memorial in early October. More information will be forthcoming.