Support from EOF Advisors was Key to the Success of Student Struggling with Abusive Relationship, Family Illness 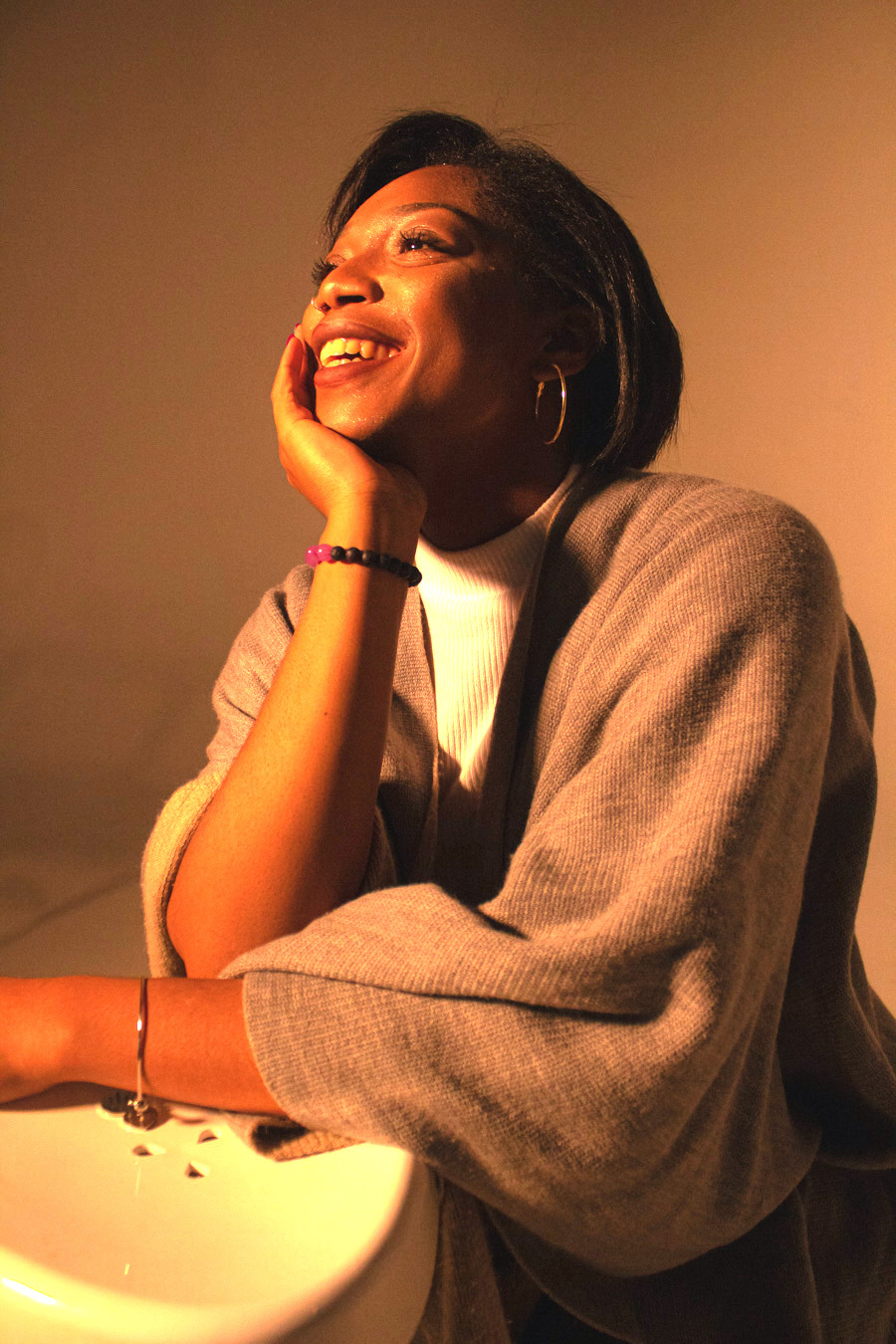 Just when she started the degree program that would fulfill her aim of helping others, Shymira Reeves was facing a tumultuous time in her life.

While in school, she was in an abusive relationship that she chose to leave after a family member was diagnosed with cancer. But between the demands of school, work, family, and the trauma of her past relationship, she feared she would not be able to graduate.

With support from the Educational Opportunity Fund, which provides financial and counseling assistance to disadvantaged students, Reeves found her way back on the path to graduation, and more importantly, taking care of herself and her family.

Reeves began her journey with Rutgers School of Health Professions when she discovered the A.S. in Psychosocial Rehabilitation and Treatment program at a college fair.

“Since a child I have always desired to take care of and serve others. It is rewarding to me and has been something I’ve always wanted to do. When I found out about the program, it was like I hit the jackpot,” she said.

But at the same time, she started the program in the spring of 2020, she entered into a relationship that became mentally and physically abusive. “It got really dark. I couldn’t function, but I still tried to block it out and continue keeping up my grades,” she said.

As an EOF student, she was able to receive guidance and encouragement from the EOF program’s unique support services.

“We are an extension of family. We support students in times of great sadness, we cheer them on at times of uncertainty, and we celebrate their every win,” said Iris Espinosa, EOF student advisor. “Shymira has displayed true grit and has pivoted numerous times during her educational journey.”

Reeves said that Espinosa and others in the EOF program met with her and discussed how to work out her issues so she could succeed in school. They helped her to see that her relationship wasn’t healthy

“They set up meetings with me to discuss my next movement. They gave me tips and advice to help me put myself first,” she said.

When Reeves found out her grandmother and aunt were diagnosed with cancer and she assumed the role of caretaker for her grandmother, she ended the relationship.

“I had to balance out work, interning, and school, and I almost thought I wasn’t going to graduate,” she said.

During the tough times, she still managed to do well in school and provide support to others through her job and internship. She was working full-time a group home where she takes care of adults with mental and physical disabilities. She calls the people in this home her “family.”

As an intern, she ran a group intervention and provided outreach to two people. “They really came a long way as far as recovery. I helped them see a part of themselves that they couldn’t see,” she said.

As a graduate, Reeves can see herself as a coach, mentor, or counselor, and plans to apply to the B.S. in Psychiatric Rehabilitation and Psychology program to learn more about how she can support those who are struggling, as she did.

“It is bittersweet to see Shymira leave us, but she will always be part of our family and we are proud to call her our own. Though it was not easy, she pushed on and we are eager to witness her continued growth,” said Espinosa.