Skip to content
Previous Next
Medical lab scientists and COVID-19

They are the hidden heroes in the COVID-19 pandemic – the medical laboratory scientists who work behind the scenes battling the viral outbreak.

Like detectives seeking a suspect, they search for evidence of the novel corona virus in swabbed body fluids. Wearing layers of protective garb, they work overtime to get results as quickly as possible so patients receive the right diagnosis and treatment.

Laboratory professionals have had to make changes to adapt to coronavirus demands. 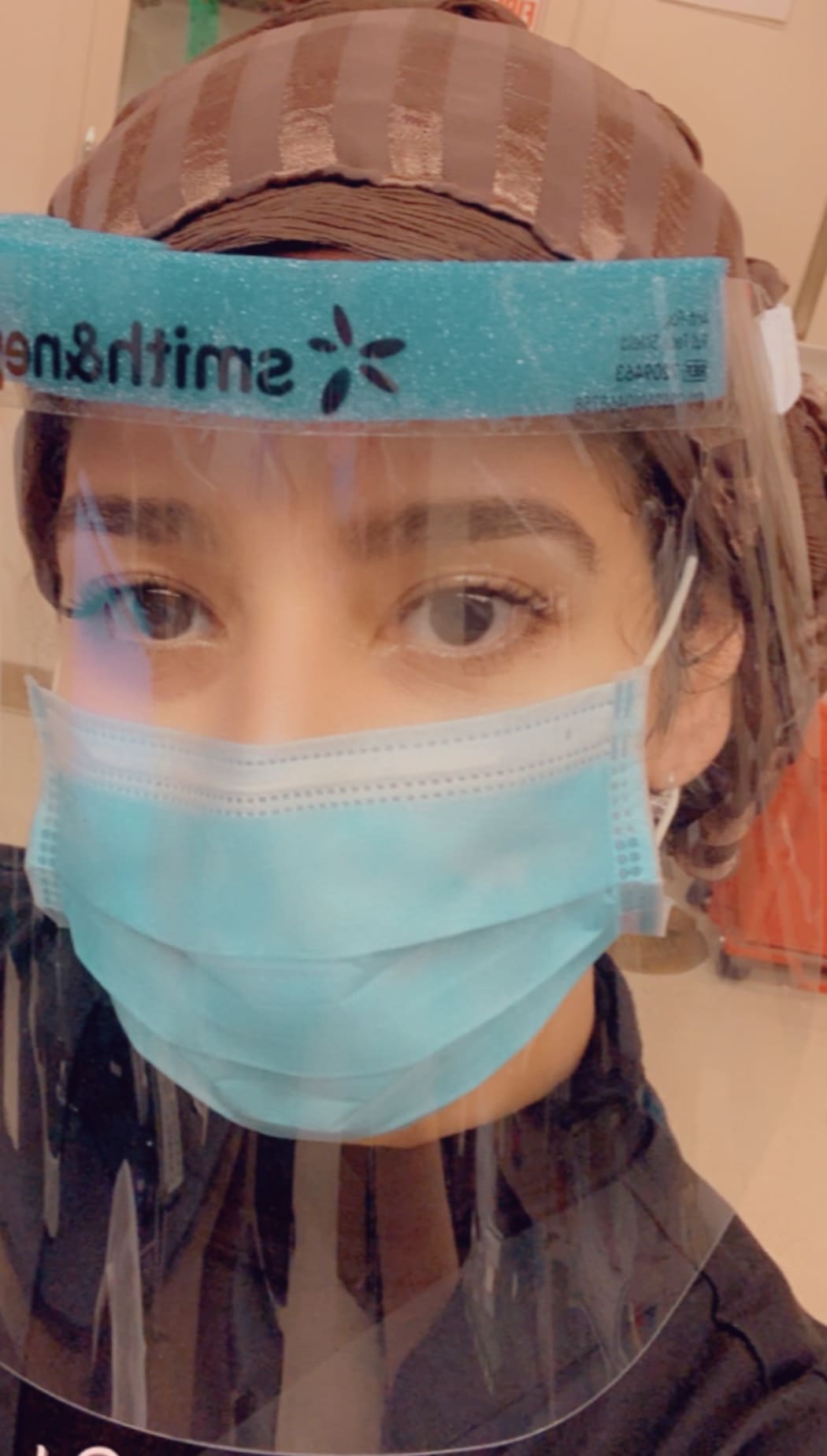 Now, she does none of that.

“Our daily routine all revolves around Covid-19 patients,” she said.

Microbiology, where she works, is usually separate from virology, which typically does the testing for infectious diseases such as H1N1.

“This is the first time we have been looped in, because it is a lot for one department to handle,” she said.

When testing first began, it took six hours to extract the virus DNA from a swab, and run diagnostics, she said. The lab could process about 40 tests a day. A new test that gives results in 15 minutes has allowed them to ramp up to 100 tests a day. If a test result is negative, a second is done for confirmation, she said.

Heba said she is super careful to protect herself from infection: She wears two pairs of gloves, two lab coats, one on backwards so that her front is fully protected, and an N95 mask. She handles specimens with her gloved hands pushed inside a fume hood, a glass booth filled with negative air pressure to prevent contaminants from escaping.

With no alcohol or wipes, she uses a bleach solution to constantly clean work surfaces.

“I’m not worried about myself because I am young and healthy. But I do live with my parents and they are at risk,” she said.

Another Rutgers School of Health Professions alumna, Melanie Rivera, BS MLS 19, works at two different hospital labs. In addition to doing COVID-19 tests, she is also working in a blood bank, preparing convalescent plasma for patients who are seriously ill. The plasma comes from blood donated by those who have tested positive, and is presumed to have antibodies that can boost immunity and help ill patients fight off the infection. 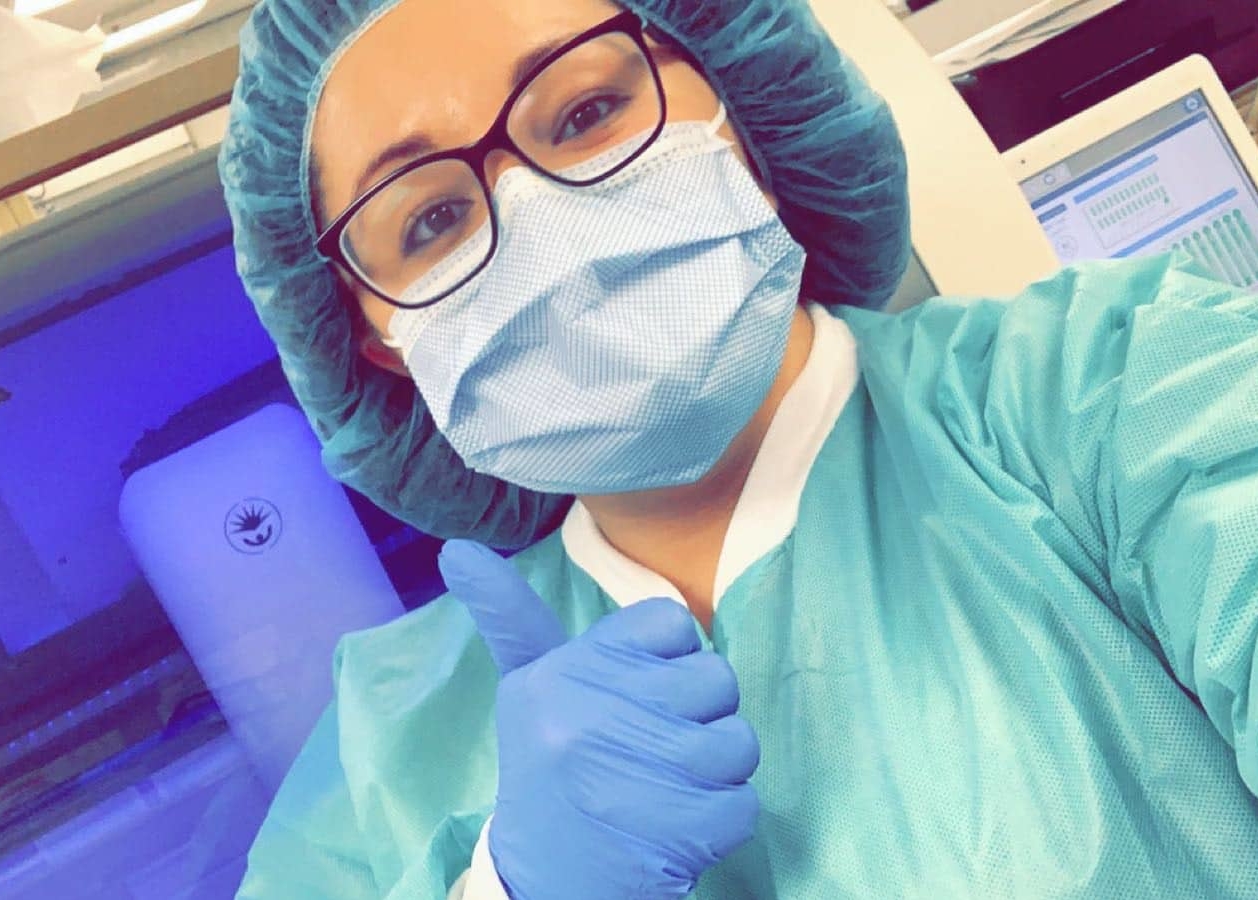 Besides wearing protective gowns, gloves and masks, Melanie said everyone is working six feet apart. Three people in one of her labs got ill with the virus. She once had to get a mask from her father when the lab ran low.

At the epicenter of the pandemic, in North Jersey, doctors and nurses were initially frustrated with the time it took to get results, since suspected positives had to be sent to the state, Melanie said. By the end of March,  approval came for in-house testing, and one of the hospitals where she works is now doing up to 500 a day. She anticipates soon being able conduct validation test for antibodies in those who have tested positive.

“I just take it day by day,” Melanie said. “This is an experience I will never forget, especially since I just started my career in September. Yes, I am worried about bringing the virus home to my family, but I make sure to be cautious.”

Heba said she understood the job had its risks, noting that tests she performed before include highly contagious tuberculosis and hepatitis.

“I signed up for this,” she said. “And I feel that unlike going into a grocery store, I can control my lab environment.”